“Every day should feel this good.”  The well known slogan of Vineyard Vines was apparent at the grand opening of one their newest nautically themed locations in Charlottesville and it felt really good!  The VV concept is to have their  clothing and accessories conjure an image of “enjoying the finer things in life,  the things people love to do and dream about doing”. 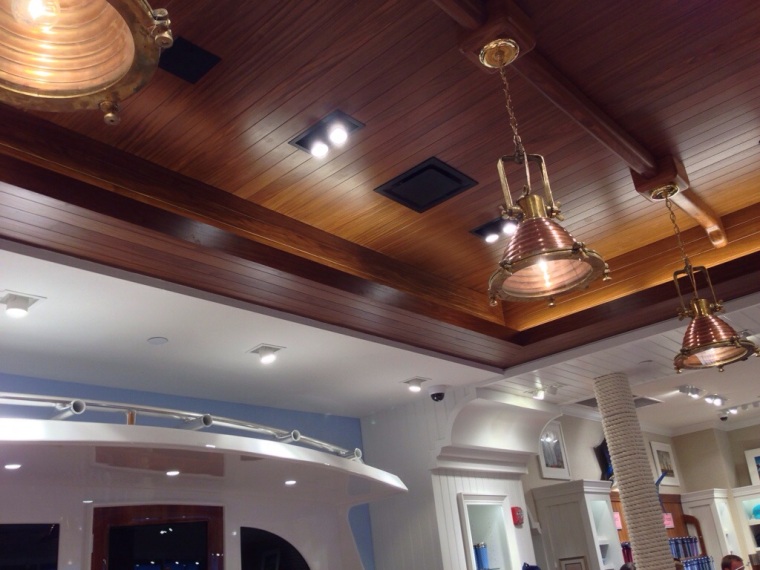 Founded in 1998 on Martha’s Vineyard by Shep and Ian Murray, the Connecticut raised brothers left the Manhattan corporate world to make “ties for others so [they] didn’t have to wear them”. Starting their business on an accrued debt of $40,000 , Shep and Ian have managed to turn the small business into a thriving American company with over 28 stores and affiliations with the NFL, NHL, Major League Baseball not to mention colleges and universities. Nautically appointed,  their stores display Vineyard Vines memorabilia, sailing gear and an “all hands on deck” sales counter set below a teak sailing yacht ceiling and the backdrop of a ship’s cabin. 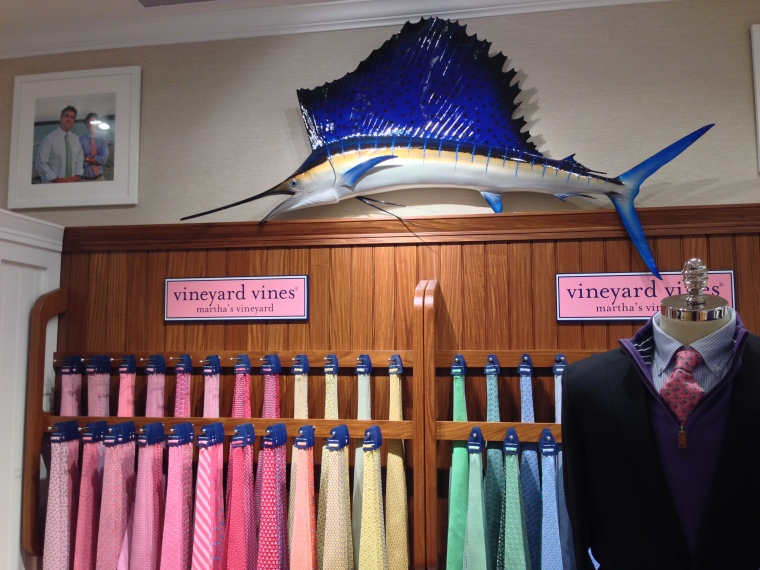 The two brothers have become icons in the world of “haute-prep” and customers have a tradition of  bringing in their old Vineyard Vines ties to be autographed.  I like to think that Nolan Ross, the fashionably-preppy attired Hamptonite  on the ABC TV series Revenge , shops at one of the original VV stores in New England.  The same signature “fun” atmosphere Ian & Shep have injected into their retail stores  permeated last Thursday evening’s event as popped-collared customers socialized, shopped and in keeping with the “vineyard flair” sipped glasses of Pippin Hill Chardonnay and Merlot while sampling carried trays of hors de oeuvres.  Side note: I’m sure there has been more than one bridal party at Pippin Hill Farm & Vineyard (a premier destination wedding venue near Charlottesville) to don Vineyard Vines accessories.

One could almost smell the salty air of the Vineyard as corn hole toss games played at the entrance, photo ops flashed with Ian & Shep, and a duo performed live summer themed music at the door. 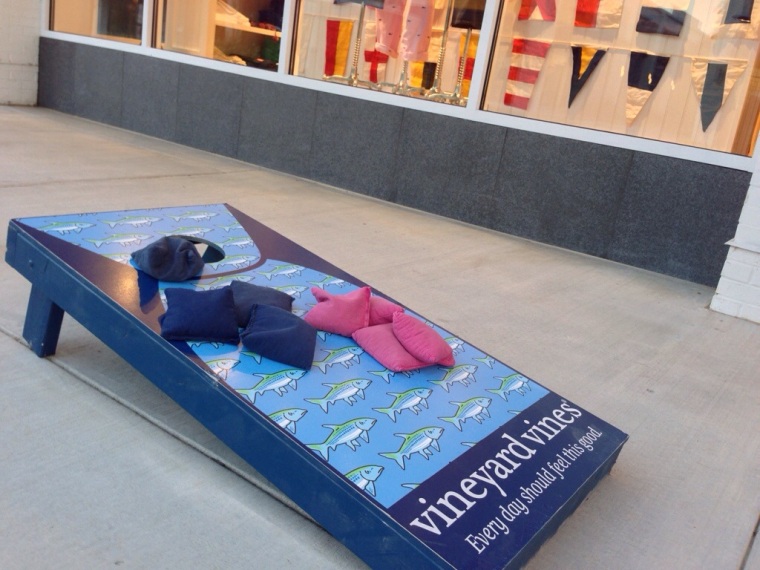 The successful evening ended as smiling shoppers left with whale embroidered ball caps and  bags of whimsically colored clothing while Shep was noticed generously giving away merchandise to future young customers!  I spoke later with  Deborah Kahn and Hannah Nolan, both who love being a part of the new Vineyard Vines team, plus modeling the latest outfits for the Fall/Winter season.  Their enthusiasm for the management style of the company as well as the quality products made me want to join the team as well.  I’d have the best Christmas gifts to give, like the new ties with holly berries or candy canes or even lobsters with antlers….are you smiling yet?  If not, pop into the store, you will be =)

I recommend checking out the Vineyard Vines blog too! 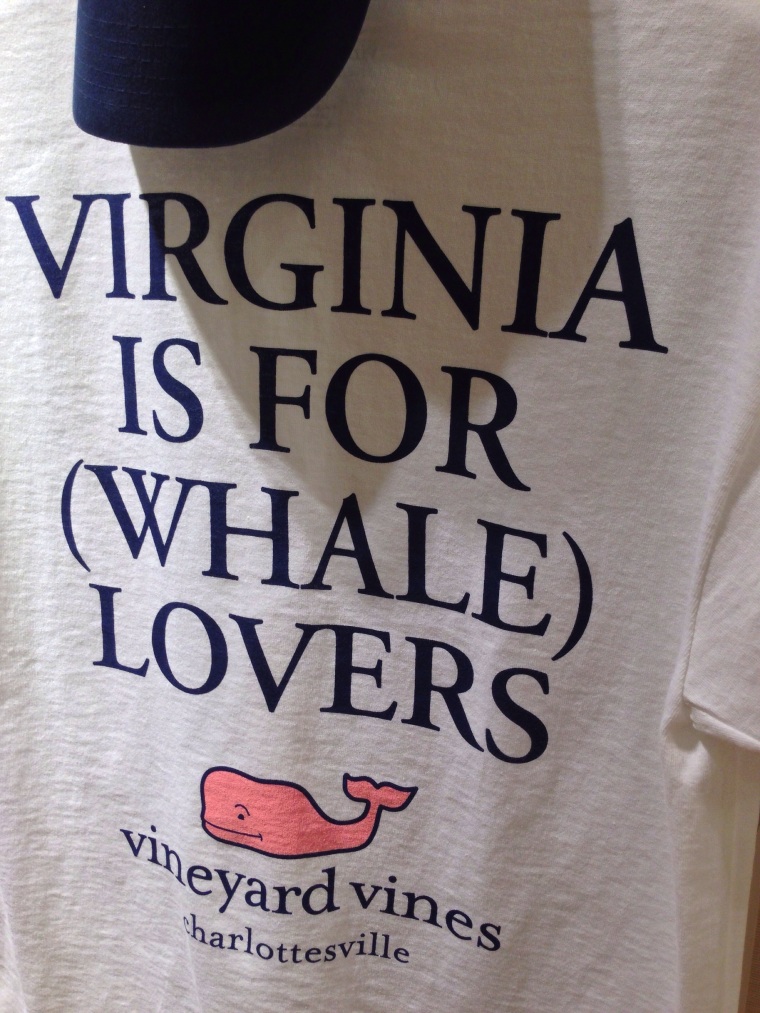