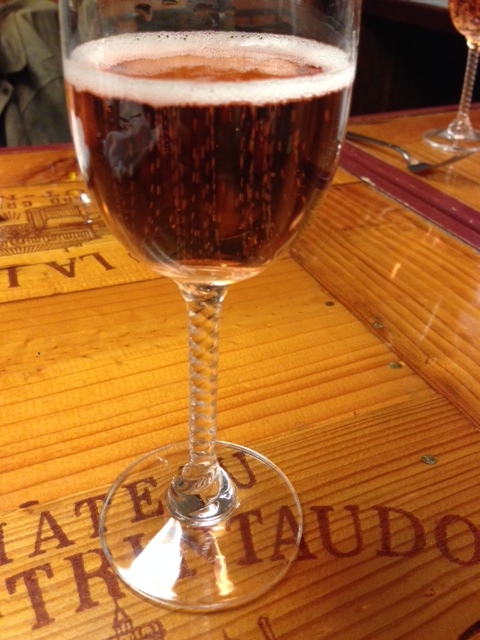 March 31st was a week set aside for family, friends and wine.

I had planned to show my semi ex-patriot sister (living part time between Provence and the U.K.) a bit of our world, more specifically, the New World Virginia wine country. Who says you have to have vines that are hundreds of years old to grow delicious grapes and produce great wines?

That week, we hit Tastings without her (she flew in a day too late), went to Veritas, rode horseback through the vineyards in the snow, bought wine at Feast and Tastings,  met with winemakers Claude Thibaut of Thibaut-Janisson,  Emily Pelton and Elliott Watkins of Veritas, lunched at Early Mountain Vineyards and experienced many fabulous wines.

Unfortunately, one of the  events she would have really enjoyed was the pairings of small courses at Tastings in the historic section of downtown Charlottesville.  Hosted by Bill Curtis  for the Wine Club of Charlottesville, the guests of honor that night were Claude Thibaut and his partner Manuel Janisson, both hailing from the Champagne region and most recently notable in the U.S. for their sparkling wine featured at the first state dinner  for  President Obama. The wines offered that night were sparklings from the Thibaut-Janisson partnership, Fizz, Blanc de Chardonnay Brut, and their latest release and limited production, TJ Xtra Brut, followed by three  Janisson et Fils champagnes: Francois de Rozay, Tradition, Grand Cru and the dessert finale, the Grand Cru Brut Rose. Claude  shared about the TJ Xtra Brut, 100% Chardonnay grapes aged 1/3 in oak as compared to 10% in their Blanc de Chardonnay. Only 100 cases were produced and we were privileged to get early access to this delightful slightly oaky, drier sparkling wine. Manuel discussed his method of Champagne making next and as each wine was poured, guest were given the opportunity to remark. The Janisson et Fils Champagnes were well received and fellow winemaker Gabrielle Rausse quietly sat at the next table enjoying the fare. 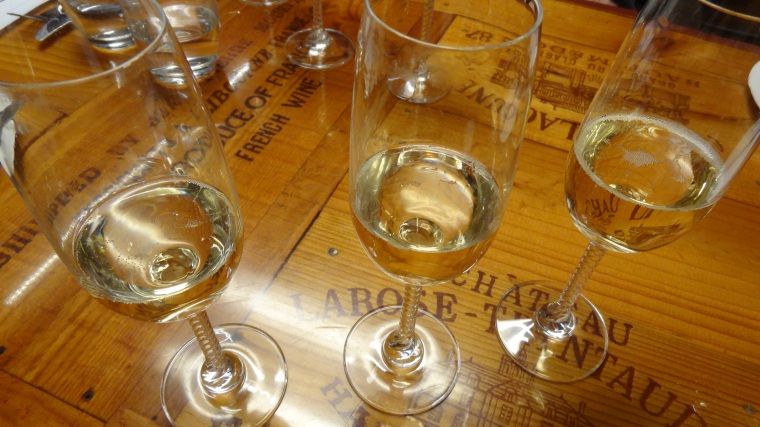 After a wonderful horseback tour of Veritas, we returned to meet Claude in his “Cave” where bottles were being labeled and crated for shipping to a surprise destination (I know but I can’t tell) super cool! The shape of Claude’s bottles are distinctive and we love the new Xtra Brut T-J bottle. It does make storage more difficult as the bottles don’t fit into a typical crate. 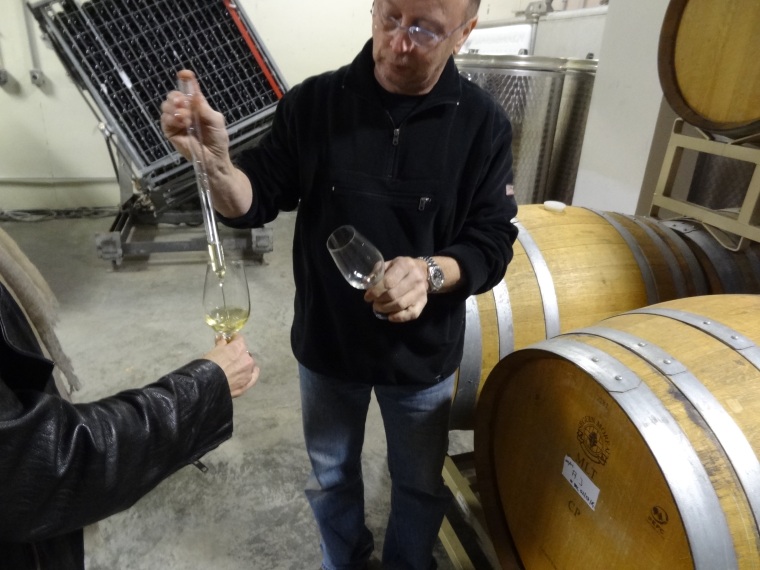 In the end, we really enjoyed the wines, new friendships, tour of  Veritas and good times in Virginia.  I packed a bottle of the Xtra Brut to open in Texas on the last day we spent with Terrie, symbolic of celebrating great times together! T-J Xtra Brut was recently described by Dave McIntyre of the Washington Post as ” A new can’t miss Virginia sparkler that most people will miss”.   I’m glad we didn’t miss it!

Random: So where are the two degrees of separation? This is my mathematical formula:  I know Claude,  Claude comes from the same town in France and knows Bruno Paillard, champagne maker and his daughter, Marie Caroline Bakke-Paillard (from Claude’s days in California wine making). My sister stays part time and interns with Marie Caroline’s husband, Evan Bakke, at their winery in Le Barroux, Clos de Trias, where they produce 100% biodynamic, organic wines. We had scheduled for her to visit Claude so she could see where he makes his sparkling wines using space at Veritas in Afton, Va. While visiting Veritas, we realized that my sister, Terrie, ( ala Francais, Tehrreee’) is in the same school that the assistant winemaker, Elliott Watkins attended in the U.K., Plumpton College. So, basically, I take Claude, Marie Caroline, Bruno, Evan, Elliott and Terrie (6), divide by  (3) countries US, UK and and France and get 2 degrees of separation. Very random: Oh well, at the least, there are two great winemakers creating wine in the methode-champenoise in Virginia, two sisters that love each other and wine, two winemakers in the same space  using two different methods of winemaking under two completely different labels.